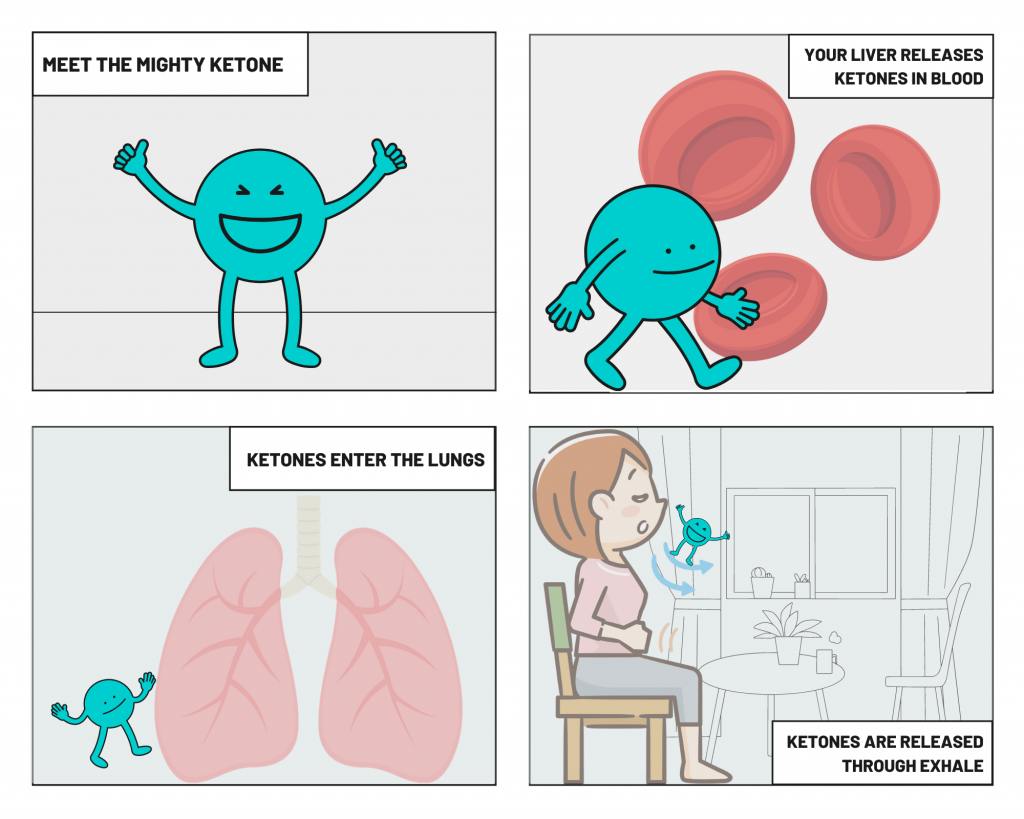 When you fast or restrict carbs, your liver breaks down fat cells which produce ketones. 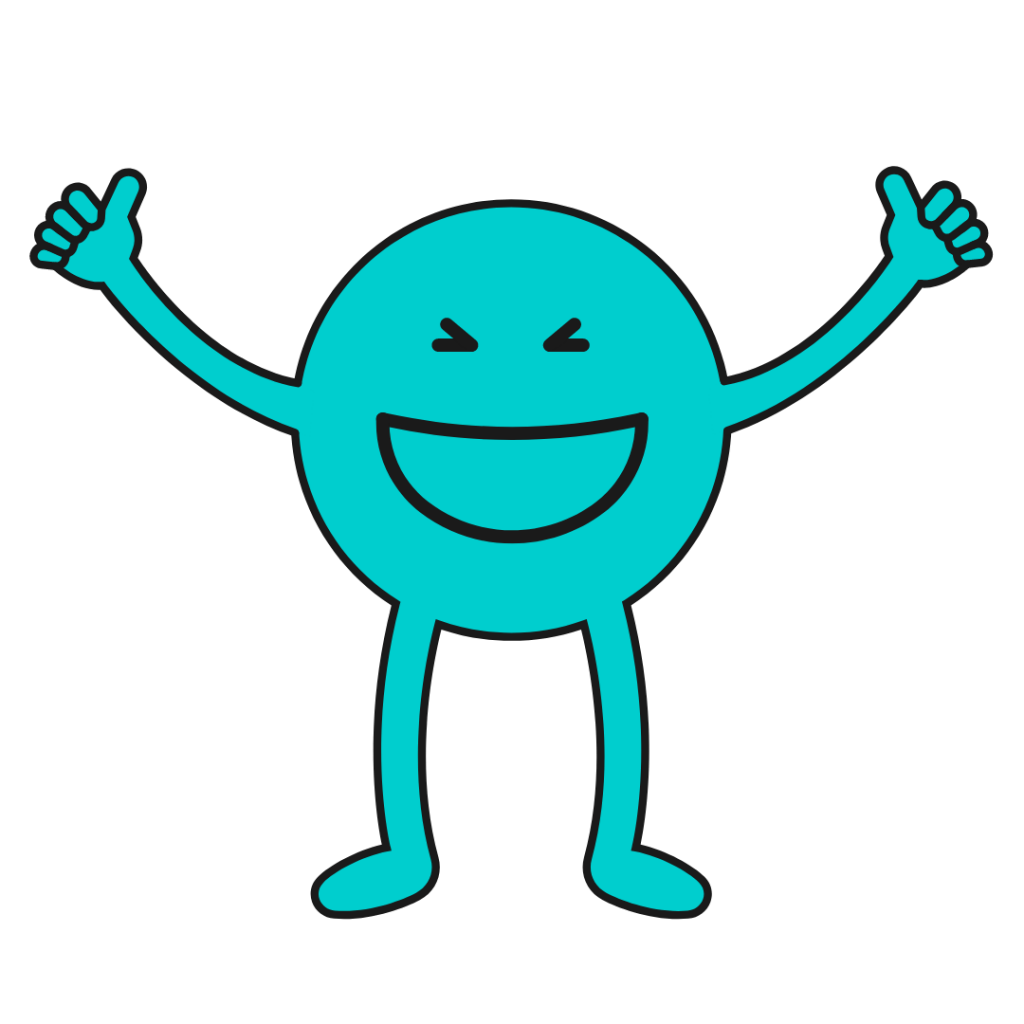 Your liver releases these ketones into your blood, and the ketones are then used by your body for energy. 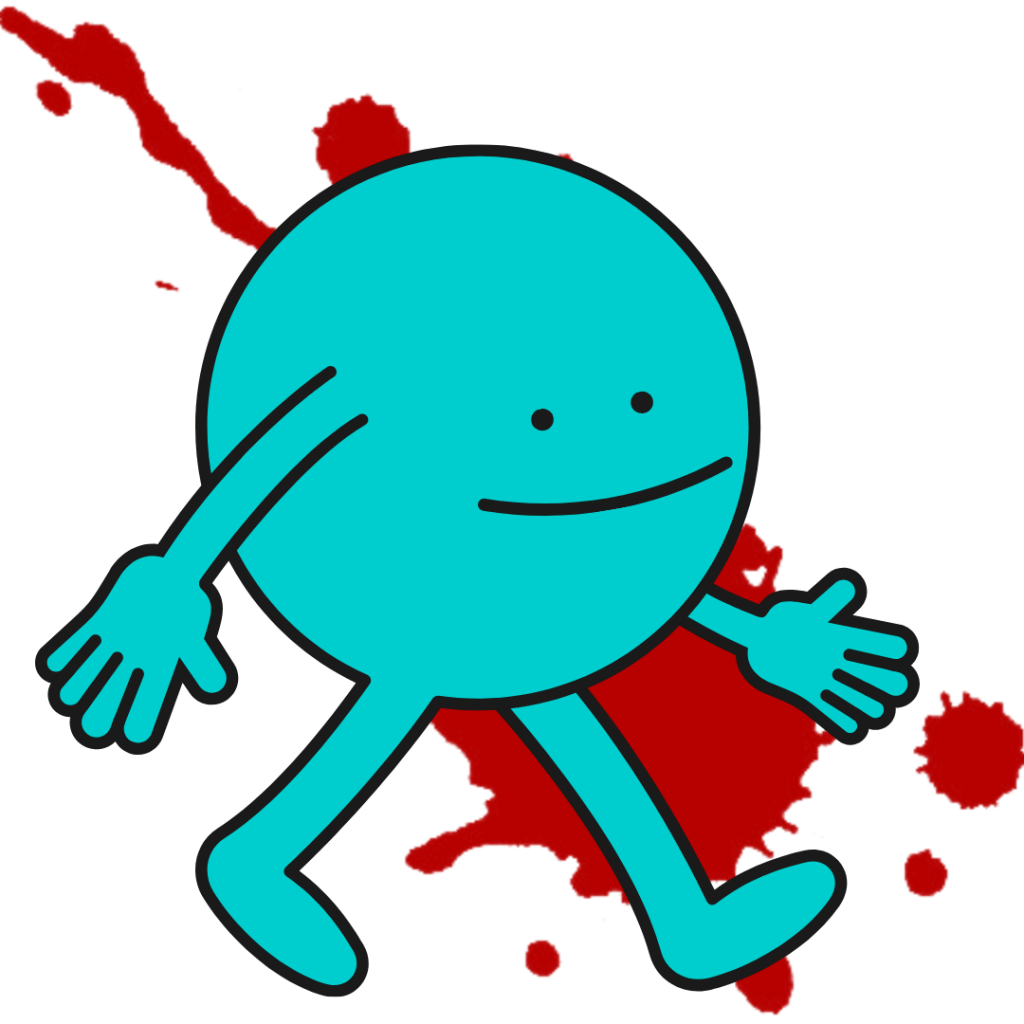 Some of these ketones travel into your lungs. 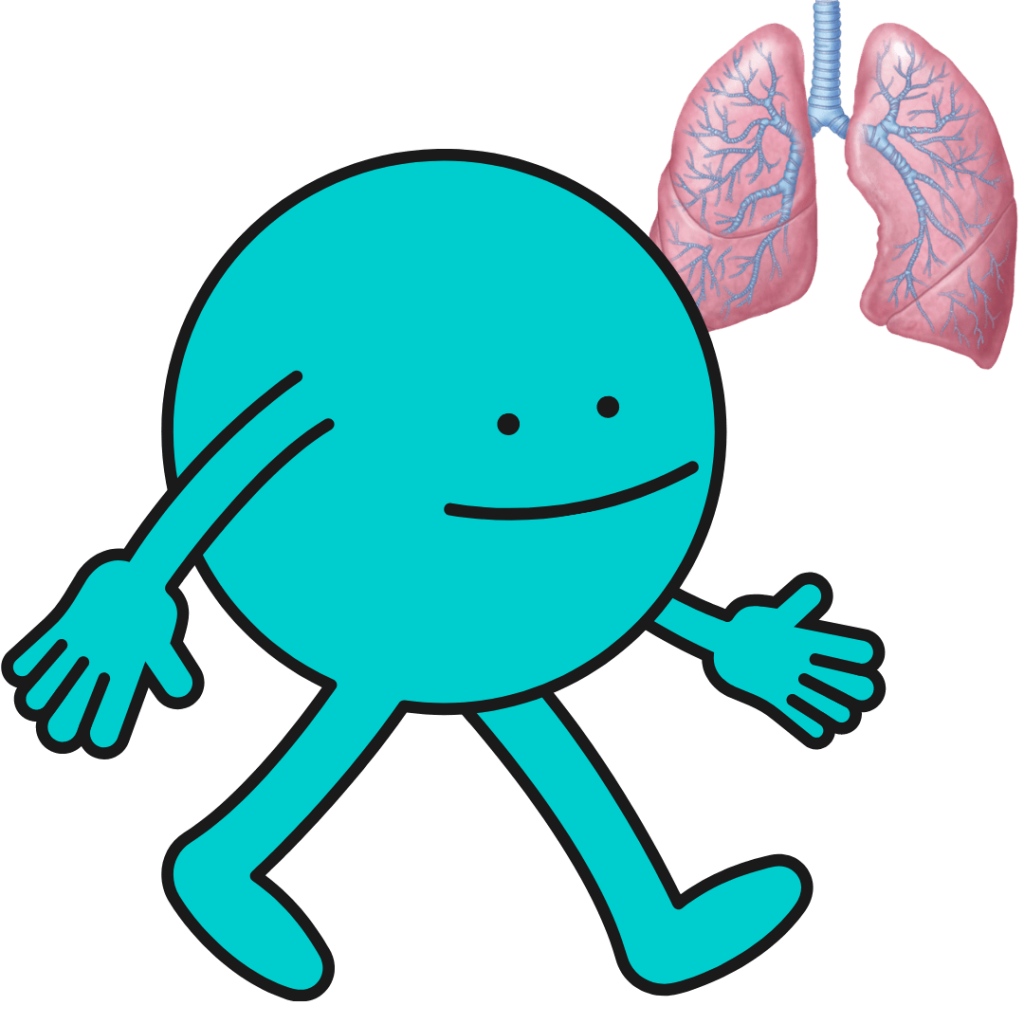 These ketones are released when you exhale. BIOSENSE® shows your body’s rate of fat burn by measuring those breath ketones. 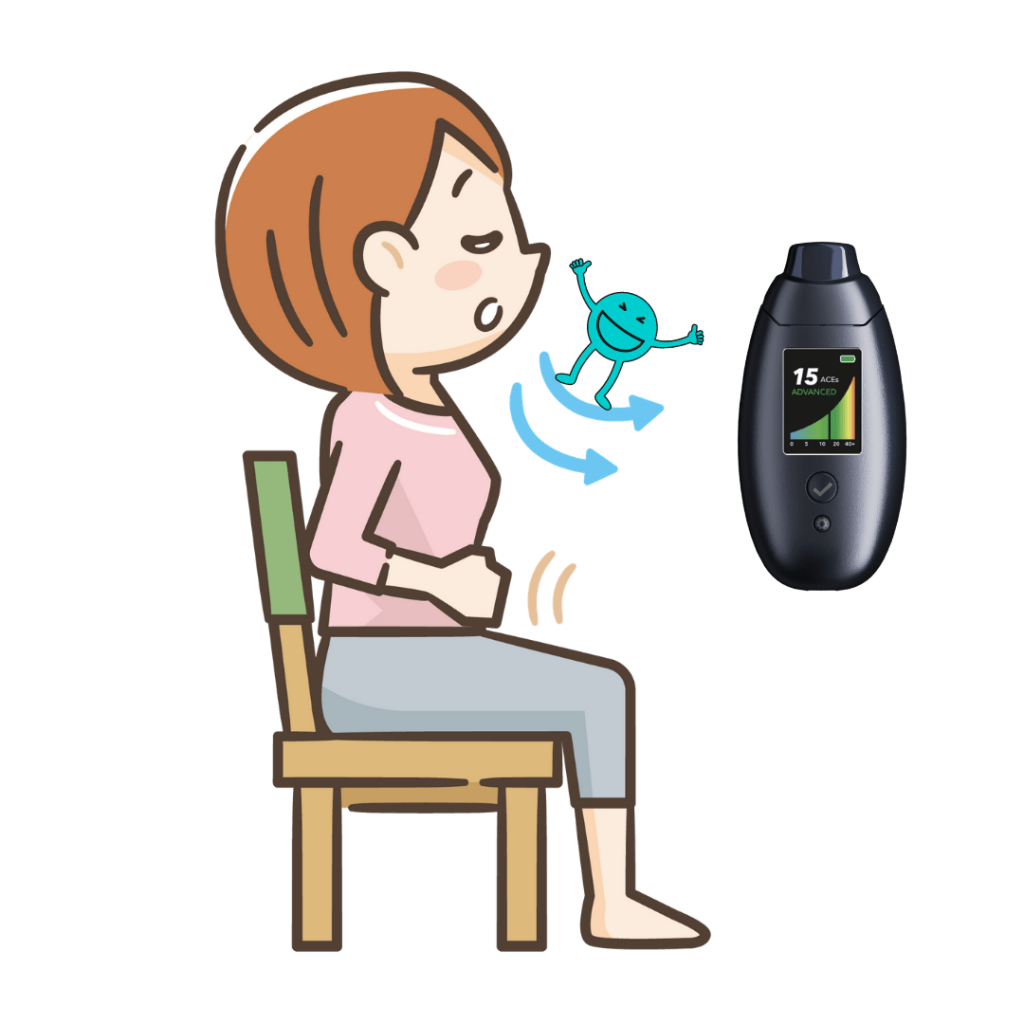 There’s no doubt about it – the low carb trend has swept the nation. Whether you call it “low carb” or “keto,” the goal of this popular lifestyle is one and the same: to reach a state of fat burn. In order to reach this sought-after state, the body relies on chemicals the body produces called ketones.

So what are ketones anyway?

Before we get into it, let’s backtrack a bit and learn the quick basics of the body’s fuel sources, and what it means for your body to be in a state of “fat burn.”

The body’s ability to function each day depends on its ability to derive energy from ingested food. This energy comes in three forms: carbohydrates (carbs), fat, and protein. When sugar and starch found in carbs are ingested, they’re broken down into glucose, which is the body’s primary energy source. Glucose can be used right away for the body’s fuel, or it can be transported to the muscles and liver and stored for later as glycogen.

Here’s where ketones come into play.

When the body senses low levels of available glucose, either from carb restricted diets, from prolonged intense exercise, or from fasting, the liver starts to break down fatty acids to produce ketone bodies as an alternative fuel source. Ketone bodies, or simply ketones, are then released into the blood to be transported into tissues to be used for energy.

Put simply, fat burn is a process in which the body switches from using glucose, or sugar, as its main fuel source to using fat. Maybe you’ve heard of the term “metabolic flexibility,” which is basically just another way of describing the body’s ability to transition into and out fat burn as needed, depending on which fuel source – glucose or fat-derived ketones – is most readily available.

Many people think that being in a state of fat burn is an effective option for losing weight – and yes, that is true. But burning fat for fuel may also offer some other pretty great health benefits that extend beyond just weight loss. In fact, some people try to maintain fat burn as a sort of therapy to manage blood sugar, blood pressure, and cholesterol. Some even experience better sleep, more energy, less inflammation, and better cognitive performance when they stay in fat burn for a period of time.

Where exactly does Biosense fit into this picture?

Interestingly, some of the ketones the liver produces also travels into the lungs, which means that when ketones are present and you exhale, Biosense is able to accurately detect how concentrated your ketone levels are. This actually lets you know whether you’re in a state of fat burn, and if so, how deep into fat burn you are. After a single exhale, Biosense provides a precise numerical reading, called an ACEs number, that ranges from 0 to 40. The higher your ACEs, the deeper you are in fat burn.

5 Ways to Get Back on Track With Healthy Eating

How Restricting Carbs Benefits Your Heart

Copyright 2023 BIOSENSE®. All Rights Reserved.
We use cookies on our website to give you the most relevant experience by remembering your preferences and repeat visits. By clicking “Accept All”, you consent to the use of ALL the cookies. However, you may visit "Cookie Settings" to provide a controlled consent.
Cookie SettingsAccept All
Manage consent